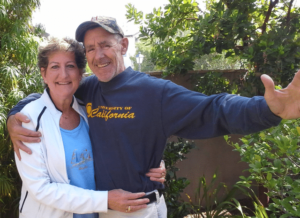 MANSFIELD: John J. “Jack” Happnie,III, 65, passed away peacefully Thursday, December 6, 2018. He was born in Dorchester, the son of the late John J. Happnie, II and Mary (Cole) Happnie. The family moved to Sharon where Jack was raised playing soccer and ice hockey, which became a lifelong passion of his. He played in many ice hockey leagues well into his fifties and also coached many younger players. Jack graduated Sharon High School before earning his Bachelor’s Degree in Business Administration from North Adams State. After college he met the love of his life, Cheryl, on a Fourth of July weekend at Cahoon Hollow Beach in Wellfleet, MA. Soon after they met, the two traveled to California where they settled for eight years. They were married and later relocated to the Mansfield area.

Jack was a hardworking man and was passionate about his lifelong work as a landscaper, including tireless attention to his and Cheryl’s own property. Jack was a one-of-a-kind human being who was always truly interested in learning about other peoples’ stories and helping anyone in need. The word “no” was not in his vocabulary. If you were a friend of Jack’s, you were friends for life! He loved his newspapers and had a wide variety of musical interests. Once Cheryl taught him how to vacation, the two of them enjoyed traveling back to California to visit friends and enjoyed a few cruises – one being a surprise for his birthday. They visited Prince Edward Island and Vancouver and also enjoyed some very special adventures sailing throughout the Caribbean. His genuineness and joy for life will be missed by his family and countless friends.

He is survived by his loving wife of 26 years, Cheryl (Taginski) Happnie, his dear mother, Mary, three brothers: Daniel Happnie and his wife Laurie of Sharon, Michael Happnie and his wife Maggie of Bridgewater, and David Happnie and his wife Mary Jane of Florida; and his sister, Deborah Allen and Dave of Foxboro along with many nieces, nephews, and great nieces and nephews. Also, two sisters-in-law: Gail Conley and Jim of Franklin and Susan Sheehan of Milford. Additionaly, the ‘feline kids’ Commander and Sprinkles miss their dad.

All are invited to attend a Celebration of Jack’s life, Saturday, December 15, 2018 from 9am until 11am in the Bolea-Amici Funeral Home, 115 North Main Street, Mansfield, MA 02048 with a service starting at 11am. A private scattering of Jack’s ashes will take place at a later date.

In lieu of flowers, contributions in Jack’s memory may be made to: The Alzheimer’s Association, 309 Waverly Oaks Road, Waltham, MA 02452 or at: https://www.alz.org/manh