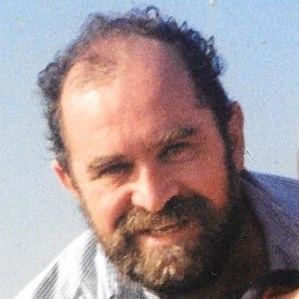 Born in Beverly, MA on March 29, 1941, he was the son of Louise Killam Chaisson and John L Chaisson Sr. John grew up in Beverly, MA. and graduated from Beverly High School in 1960. He then went on to serve in the United States Army beginning in 1961 at US Army Training Center in Fort Gordon, GA.

His life work and talent was as a Machinist. He was a welder by trade and was self-employed for most of his adult life, but his real passion was the Sea. A true sailor at heart John was happiest while at the helm of one of his many boats that he owned throughout his life time. John enjoyed entertaining his friends and taking them out sailing. He sailed up and the down the East Coast frequently but Hudson, MA was always his home and this is where he resided for many years. His wit and sense of humor will always be remembered. He never met a stranger and had a smile or conversation for anyone.

The family wishes to thank the staff of the Forbes wing at Beaumont Rehab and Skilled Nursing Center for their kindness and care, also the Dr.’s at UMASS in Worcester, especially the liver clinic. And his long time friends Robert and Deborah Atwood of Hudson, MA for all their support and compassion.

John is survived by his daughter, Michelle Sharon Huffman, and son in law, Howard Edward Huffman of Kill Devil Hills, NC. And is pre deceased by his loving companion Julia J (Schiappa) Sedore of Hudson, MA. John was predeceased by his son, Christopher L. Chaisson.

In Lieu of flowers, donations can be mailed to Dune Dawgs Rescue 332 Canal Dr Kill Devil Hills, NC 27948 or online at http://www.dunedawgsrescue.org/