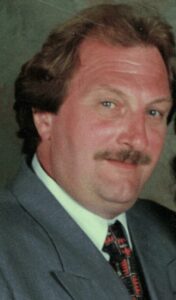 He leaves behind his wife of 26 years, Patricia Femino-Volente of Saugus MA, previously of Malden MA; his sister Carolyn Dauphinee and brother Mike Munroe of Nova Scotia; his 2 daughters Angela Volente and Patricia Ross of Nova Scotia along with 4 grandchildren; brother-in-law Paul Femino and his wife Bernadette and their 2 children, the late Paul Jr and Andrea; and sister-in-law Joanne Femino; as well as all his loving friends.

Joe was employed at A1 Exterminators, Lynn MA for 21 years. His hobbies included cooking, baking and having Christmas parties and cook-outs. He loved to travel to New Hampshire, Punta Cana, Aruba, Bermuda, and Canada. Joe was a big sports fan of the Patriots, Red Sox and Bruins.

Joe proudly served in the US Army during the Vietnam War.

A memorial celebration will be held at a later date when we can comfortably gather together.