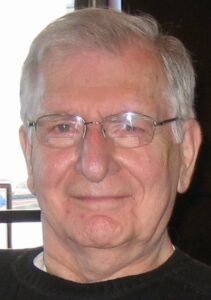 He had lived in Nahant since 1962.
Joseph enlisted in the United States Army upon
graduation from high school where he served his
country with distinction in post war Japan. He
would later acquire the skills as a design engineer
working at companies throughout the greater
Boston area including; General Electric, ITEK,
Polaroid, Stone &amp; Webster and Honeywell where
he retired at the age of 67.

In his retirement he enjoyed traveling and
spending time with his family and friends.