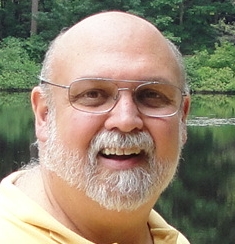 Kenneth John “Ken” Learned, 54, of East Boston, passed away on Wednesday July 10, 2013, with his husband Charlie, mother Joan and brother Kevin by his side at Beth Israel Deaconess Medical Center in Boston, MA. Born in Springfield, MA, Ken attended Springfield schools until the family moved to Chicopee, MA, where he attended Holyoke Catholic High School, graduating in 1977. He then moved to Woonsocket, RI to attend Bryant College. Ken was very involved in the theater during high school and continued to perform in community theater after moving back to Springfield, MA. He had worked for Milton Bradley before moving to Provincetown, MA where he met Charlie and served as Director of Municipal Finance, Treasurer and Collector. At the time of his death Ken had been employed by Keene Promotions in Newton, MA. Ken enjoyed hiking, camping, music, movies and talking to people. He was loved by all who knew him. His smile would brighten up your day and he would always offer help to anyone in need. Ken is survived by his husband Charles Holmes, mother Joan Learned of Springfield, MA, brother Kevin Learned of Southwick, MA, step-sister Lynn (Stephen) Biela of Virginia Beach, VA, step-brother James Martelle of Chicopee, MA and many aunts, uncles, cousins, nieces, nephews and friends. He was predeceased by his father Donald Learned of Florida. The family will announce plans for a celebration of Ken’s life at a later date. In lieu of flowers, memorial donations may be made to Beth Israel Deaconess Medical Center, 330 Brookline Ave. (BR), Boston, MA 02215