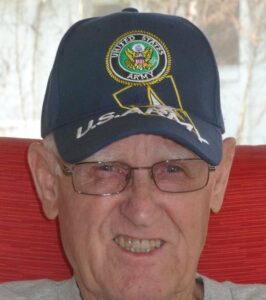 Kenneth Richard Montgomery of Chelmsford, MA passed away peacefully at his home, on April 18th, 2019, after a year’s battle with cancer. Kenneth, was born December 22, 1938 in Somerville, MA. He was the beloved husband of Nancy E. (Queen) Montgomery for 55 years. He was predeceased by his parents Thomas J. and Georgina (Butchart) Montgomery as well as a sister Lois Howe, and brothers Thomas “Ronnie” and Arthur Montgomery.
Kenneth served in the US Army during the Vietnam war and worked over 40 years as a Truck Mechanic for International Harvester in Medford, MA, and Taylor and Lloyd Trucking of Bedford, MA.
Kenneth leaves behind his three children, sons in laws and grandchildren. A daughter Tammy (Montgomery) and Ed Campbell of Hollis, NH and their two sons Benjamin Campbell of Nashua, and Nicholas Campbell of Hollis. A son, Kenneth N. Montgomery of Worcester, MA, and daughter Marcy (Montgomery) and John Searle of Grantham NH and their children Brandon and Savannah Searle. In addition, he is survived by a sister Cheryl Knickle of Billerica, MA, and brothers David and Bobby Montgomery of Wells Maine, along with several nieces and nephews.
Anyone who had the privilege to know Kenneth (known as Dad, Grampy, Uncle Kenny or Ken), knew that there was no one who loved retirement more than him. Kenneth enjoyed spending time with his family and he looked forward to spending the winter months in Florida with family and friends. There was nobody more proud of his oldest grandsons for becoming engineers and his younger grandchildren, for mastering their skiing skills at such a young age. Kenneth enjoyed watching all of the New England Sports Teams. He witnessed three Red Sox World Series, several Patriot’s Championships, and somehow his car would always seem to veer off the road for local Race Tracks and Casinos.
In accordance with the family’s wishes, there will be no calling hours. Ken was extremely happy to have spent some time recently in his home with close family and friends. A private burial will take place at a later date.