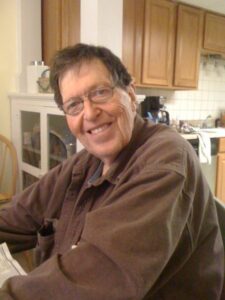 Lawrence Brewer “Larry” of Wilmington, MA passed away on January 1, 2013 at the Lahey Clinic in Burlington, he was 71. Larry was born January 12, 1941 in Manchester NH to the late Edward and Gertrude Brewer. Larry graduated from Manchester West High School in 1958 before attending college. Larry served as a reservist in the U.S. Coast Guard. Larry worked as a food broker for many years at Purity Supreme before retiring from SuperValue Wholesale food brokers in 2002. Prior to moving to Wilmington in 1982 with his wife Janet, Larry lived for many years in Goffstown NH with his previous wife Jeanette. During his spare time Larry enjoyed playing cribbage, watching NASCAR races and spending time at Lake Winnipesaukee with his family. Larry is survived by his wife Janet, his children Lawrence Jr & his wife Janice of Yucaipa Ca. , Donna Vance & husband Kevin of Northhampton Ma, Roxanne of Hooksett NH, John & his wife Colleen of Lowell Ma, Glenn & his wife Katherine of Westford, Gregg and his wife Michele of Peabody, Laurie Cameron and her husband Scott of Wilmington, Alphonso of Wilmington & Breyanna of Pensacola Fla. . Larry is also survived by his brother Gary of Bedford NH, and 17 grandchildren. Services will be private.