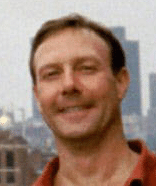 Jamie was born on February 8, 1958 in Washington, DC, and passed away on April 3, 2016. He was a victim of ALS (Amyotrophic Lateral Sclerosis) also know as Lou Gehrig’s Disease. He grew up in Rowayton, CT., and then graduated with a Bachelor of Arts degree from Trinity College in Hartford, CT. He went on to get a Master’s of Science in Accounting and Finance degree at the London School of Economics. He then joined Texaco, Inc., and moved on to the Lotus Development Corp. The rest of his business career was spent in the retailing field. He was 10 years with Staples, Inc. reaching the rank of Vice President, Assistant Treasurer, before moving on to Shoplink, Inc., Highgrove Strategies and Signature Media Group. He then spent eight of his most successful years until 2015 at Fireman Capital Partners, LLC, which specializes in retail ventures. He served as Managing Director and CFO. Jamie had a love of the outdoor life, which included skiing, biking, and hiking from his second home in Landgrove, VT. He was a member of the Longwood Cricket Club and the Badminton & Tennis Club. One of Jamie’s biggest loves was the The Trustees of Reservations (TTOR). Since the early 90s, he was a long time TTOR member, trustee, contributor to numerous committees, donor, and hiker of every single reservation except the latest acquisition-Mount Warner. Throughout his life, he was a deep believer of aggressively conserving special landscapes. In his words, he had “a relentless focus on making the world a nicer, more attractive, prettier place.” He had a strong desire “to create special places and hang there / sustain and make them bigger / foundations of life.” He is survived by his parents, Rosemary and Donald Hudson of Marion, MA and Vero Beach, FL, his sister, Lauren Raabe and brother-in-law, Roderick Raabe, of Ponte Vedra, FL, a nephew, Derick Raabe of New York City and a niece, Wheatley Raabe of Berkeley, CA. A celebration of life will take place at a later point in time. Donations can be made to The Trustees of Reservations: http://www.thetrustees.org/ and designated for the special land fund. To leave a condolence or share a memory, please click below.