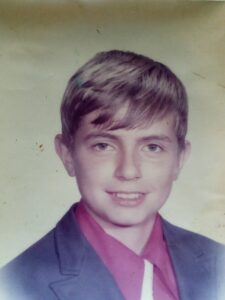 It is with profound sadness that the family of Lawrence (Larry) Richard Coyle, of West Roxbury, announce his peaceful passing on Saturday, September 18th 2021 at the age of 63. He died following a battle with heart failure at Seasons Hospice in Milton. He was born May 28th 1958 to the late Francis Coyle and Margaret Heneberry, his beloved mother, who raised him in Mattapan and then later in Milton.
Truly a unique individual in every sense, Larry was a creative and gifted musician who primarily headed a number of Boston bands, working his craft right up until his death. He will be sorely missed in the local music scene, where he was highly respected and admired, and known for his one of a kind performances. Larry also previously studied architecture and worked in the fields of home maintenance and inspection. A loving father and grandfather, his love of music was surpassed only by his love of family. He leaves behind his daughters, Shannon Coyle of Dedham, Heather Coyle of Lancaster NH, and Caitlin Scannell of Attleboro, as well as six cherished grandchildren, Avery, Silas, Annabel, Owen, Alina, and Finn. He is also survived by his siblings Neil Coyle, Francis Coyle, and Claire Coyle.
Family and friends are invited to a funeral service on Friday, September 24th from 9 to 11 AM at Boston Cremation, located at 116 Franklin St. Quincy. In lieu of flowers we are collecting donations for a final expense fund. If anyone is able to contribute the link is: https://everloved.com/life-of/lawrence-coyle/donate/