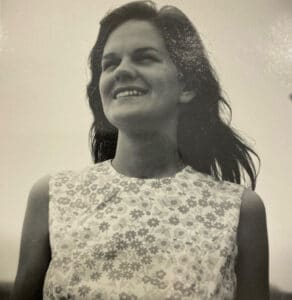 Lillian Brandon Dinklage passed away peacefully in the morning of May 19, 2022 at the age of 84. Lillian was born in York, South Carolina (10/31/1937), the 4th of 7 children born to Lillian Robinson and Isaac Lonnie Brandon. She was valedictorian of her high school and graduated from Meredith, a local women’s college. During her application to the Harvard School of Education, where she obtained her doctorate, the interviewer stated that he had never heard of Meredith. Lillian, always known for speaking her mind, replied, “Don’t be embarrassed sir, most of us have never heard of Harvard.” She went on to have a long successful career as a school psychologist in the Lexington Public Schools.

Lillian married Kenneth Dinklage in 1967 and they were inseparable until his death in 2018. She became the stepmother (the “wicked good stepmother”, as she liked to say in Boston vernacular) to Kenneth’s two children, Sarah and David. In 1969 they welcomed Joshua into the world, their only child together. A dedicated wife, mother, and professional, Lillian was an excellent cook, always had a house of thriving plants, did the NYT crossword puzzle in pen, was a very skilled and competitive card player, and was ready for a debate at dinner on almost any subject. While she lived most of her adult life in Belmont, Massachusetts she never lost her southern grace and sensibilities. Lillian retained her cognitive faculties and elegance to the end while proudly enduring multiple physical problems. She had the intuition to speak with each of her three children the day before she lost consciousness, to express her love and say goodbye. This was a parting gift, greatly appreciated.

Lillian is survived and missed by two of her siblings, Isaac Leon Brandon and Susan Brandon Adkins, her son Joshua, his partner Tracy Bakalar, and their daughter Dory; step-daughter Sarah, her husband Kevin Plummer, and their children, Benjamin, Gabriel, and Rachel; step-son David, his partner Dominique Stassart, his two sons, Jacob and Jesse, and her two daughters, Eleni and Clio; Julie Puncochar, the mother of Jacob and Jesse, Jesse’s daughter Annabelle, Lillian’s first great grandchild, and many nieces and nephews.