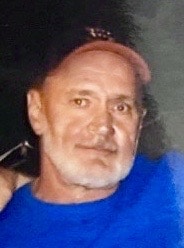 Louis R. Swank , 66 of Quincy , passed away peacefully on April 8, 2020 after a courageous battle with cancer. Louis “Lou” was the manager of Lube Lab in Quincy. He was an avid sports fan especially to his Boston teams. Lou had a talent for carpentry and working on cars. He enjoyed spending summer mornings fishing with friends.
Lou was the loving son of Hazel Carras of Quincy and the late Louis Swank. He was the stepson of James Carras of Braintree.
He leaves behind his sisters Barbara ( Swank) Robbins of Quincy, Christina (Carras) Bythrow and her husband Daniel of Braintree and Louise (Swank) Burns of Weymouth. He was preceded in death by his brother William Carras. He is also survived by his nieces and nephews.