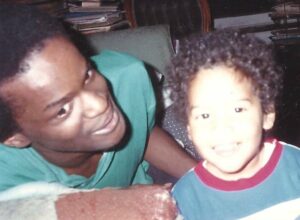 Jamie spent the majority of his youth in Boston, MA and Arlington, VA. Jamie earned his GED in Job Corps and attended Strayer Community College in Northern Virginia. He was preceded in death by his maternal grandfather Louis James Simuel and maternal grandmother Louise Simuel (Kennedy) both of Columbia, SC. He was also preceded in death by his niece Stephanie Nicole Simuel and his nephew James Charles Paige. Jamie leaves behind his mother Dorothy Mae Shivers (Simuel) of Woburn, MA and his father Robert C. Briggs of South Carolina. He also leaves behind one brother YaArchie Simuel of Chelsea, MA and four sisters Valeria Simuel of Cambridge, MA, Charlene Payton-Scales (Briggs) of Taunton, MA, Kim Briggs-Poste of Revere, MA, and Lisa Briggs-Tyma and brother in law Steve Tyma of Warrenton, VA.

Jamie was a very talented artist which he explored in many forums. He was a self-taught avid piano player. Jamie was a long-time collector of comic books. He also enjoyed science fiction. He was a genius when it came to many things such as computers and storytelling. His ability to weave a tale not only entertained his siblings but his many nieces and nephews. His stories which would of course involve a different voice for the many characters he made up to the pure joy and wonderment of his family. His loving nurturing influence in all of his nieces, nephews and cousins lives has left a long lasting positive effect that will remain with them for an entire lifetime. Those nieces and nephews include his seven nephews: Rodney, Justin, Jonathan, Edwin, Nicholas, Daniel and Gregory; his six nieces: Latasha, Jessica, Zanelle, Kelly, Ashley and Brittany; his two great nephews Jordan and Elijah; and his six great nieces Shashana, Tanisea, Izabelle, Love, Eva, and Amelia. Jamie also leaves behind three uncles: Calvin Wright, Gregory Wright, and Gerald Wright, all of Columbia, SC; and two aunts, Vera Robinson (Wright) and Valerie Simuel of Columbia, SC. He also leaves behind a great host of cousins and friends. Jamie was very much loved and will be greatly missed.