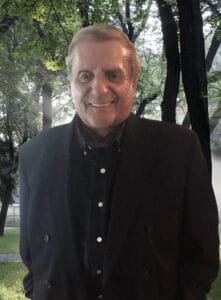 Manuel C. Souza, 74, of Berkely, MA passed away on June 14, 2022 surrounded by his family and friends. He was hard-working and big-hearted with a sense of humor and will be greatly missed by those who loved him.

Manny was born in Portugal on São Miguel Island in the Azores. When he was only 12 years old, Manny and his family emigrated to the US. Here he attended Durfee High School. After graduation, he began working in the construction trade. Filled with entrepreneurial spirit, he went on to spend many years running his own dairy farm in VT and NY, and later in life was known for growing and selling plants as Souza‘s Greenhouse’s and Amelia‘s Flower Garden, which he ran with his twin brother, Tony. They were an inseparable pair.

Manny is survived by his two daughters, Linda Souza of Los Angeles, CA and Karen Shea (and husband, Michael) of West Yarmouth, MA; his granddaughter, Kiley Rose of Berkely, MA; his former wife, Helen Souza of Westport, MA; his companion Susan Demarco of Berkley, MA; his sister, Aura Moreira of Fall River, MA; his twin brother, Tony Souza and sister-in-law, Joyce Souza of Berkely, MA; his nieces and nephews, Noel, Lori, Bonnie, Holly, Mark, Vanessa, Chabelli, and Adonis; and his many great-nieces and great-nephews who brought him great joy and were a daily presence and support in his life. Manny was pre-deceased by his parents, Antonio and Amelia, and his brother, Carlos de Sousa.

As we are honoring his last wishes, there will be no funeral or memorial services. Think fondly of him and hold your loved ones close.