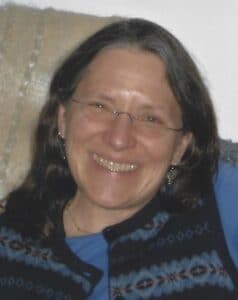 Margot Williamson Jones loved for the love of loving. She was an exceptionally kind and compassionate being and a wonderful integration of left and right brain abilities. She had a way of looking you in the eyes and receiving you completely in unconditional love. She was a Reiki practitioner and from 1990-2000 managed the Reiki Wellness Center, where volunteer practitioners gave sessions to the public on a donation basis. Many people remember the sense of unconditional nurturing and loving energy generated through her healing touch. She studied with a wide variety of spiritual teachers, including Jason Shulman and A Society of Souls, a healing path of nonduality, kindness and generosity of spirit; Barbara Brennan School of Healing; Panache Desai; Rob Wergin; and Baz Porter, who said about her, “she always gave more than she took.”

Margot had a quiet sense of humanity and the ability to make everyone feel accepted and relevant. She was incredibly strong. She loved the team she worked with and had a deep sense of responsibility and commitment to fairness for them all. She was interested in and constantly researched the cutting edge of technology and had an uncanny Intuition for finding the best products. She loved skiing, the ocean, spirit singing, dancing while cooking, playing mahjong, artmaking, hummingbirds and bluebirds, raspberries, wearing red, and her adored kitty Harmony.

Margot lived in Weston MA with her loving companion of 25+ years, Jennifer Esencourt. She was born October 15, 1952 and died August 5, 2021, aged 69, at Mass General Hospital, of ovarian cancer. She is survived by her brother Craig Jones, his wife Roberta, their son Austin; and her sister Beth, her husband Tim Lee, and their children Katie and Kevin.

Margot grew up in Binghamton, NY. She attended and later was a camp counselor and sailing instructor in the early 1970s at Echo Camp on Raquette Lake in the Adirondacks. She attended Friends World College from 1971-1975 and graduated with a BA in Liberal Arts with an emphasis on Education. As part of her program she traveled to Denmark, Switzerland, and England, teaching and working, and to Central America and South America, speaking Spanish. Being taught how to weave there by a 6-year-old boy was one of the highlights of her trip. She attended Lesley College from 1976-1978 and received a MEd degree in Elementary Education and Integrated Arts in Education. From 1980-1982 Margot was a bilingual teacher of all subjects to Hispanic children in grades 3-6 at the Bruce School in Lawrence, MA. She worked at Cablevision as a CATV Designer from 1983-1989, receiving an MVP award for exceptional performance. As a consultant for various David McCourt companies in 1990-1996, Margot designed the cable TV systems for the cities of Cambridge and Bradford, England, and she contributed research for the business plan of the company that later became RCN. She then worked for RCN in the Boston area as an Engineering Manager, managing a team of designers and engineers until early 2020, when she was diagnosed.

Donations in her memory can be made to Plan International (plan-international.org), 155 Plan Way, Warwick, RI 02886. Margot supported and sponsored equal rights and education for years for several young girls with their organization.