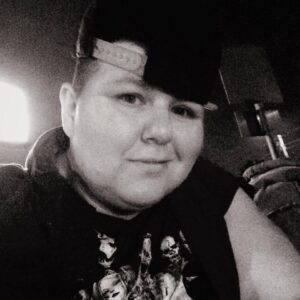 Of Braintree MA. Loving daughter of Wayne and Sheila Jankewicz of Braintree. Step daughter to Rick Davis. Grand daughter to Joseph Kawalansky & the late Rose Kawalansky of So.Boston, Daniel Jacoby and the late Evelyn Egan of So. Boston, Alexander Jankewicz and Donna Jankewicz of Fort Laramie WY. The best sister to Rose Davis & her husband Nick Rodriguez of Quincy, Alicia Davis of Braintree Ma, The late Eric Davis & his fiancée Krysta of New Hampshire and Christine Anderson and her husband, Matt Anderson of Hudson Ma. A loving aunt to 11 nieces and nephews. Survived by her Godson Anthoni, lots of aunts and uncles, and too many cousins to list.
Maryanne worked as a sales associate. Loved all Boston Sports teams and watching wrestling with her partner Kristie and their 2 boys, Connor and Jaxson.
Preceded in death by her late fiancée Lindsay Witham and cousin Michael Davis.
A celebration of life will be held at
22 N Bowditch St
Braintree Ma
Due to covid restrictions it will be multiple