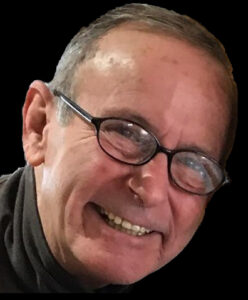 WAKELY, MICHAEL JOSEPH, age 77 from Woburn passed away at the High Pointe Hospice House in Haverhill on July 28, 2020 with family by his side.

Michael was born in Somerville, MA on August 5, 1942. At a young age Michael moved to California and worked as an Interior Designer. After living in California for over 40 years he moved to Tucson, Arizona with his companion Arthur Lui and returned to Massachusetts in 2013.

Michael was a talented artist, creating beautiful paintings on canvas and furniture, forming sculptures and designing outdoor fish ponds. He collected anything he thought was intriguing. Michael loved spending time with his family and loved ones; playing cards, hiking, listening to music, watching movies and enjoying life. He especially loved sailing and visiting National Parks.

Due to the current pandemic, a private Funeral Mass will be held at St. Anthony’s Parish, 851 Main Street in Woburn on Saturday, August 8, 2020 at 10am. Arrangements provided by Boston Cremation of Malden, MA. For online guest book visit www.www.bostoncremation.org.