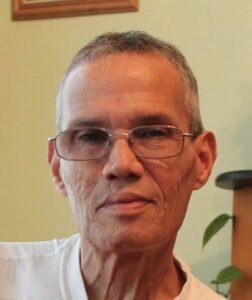 Miguel A. Rodriguez, 65, passed away on May 26, 2016 at Boston Medical Center. He was born on March 18, 1951, in Rio Piedras, Puerto Rico. He was the son of the late Miguel Rodriguez and Amparo Gerena. He was a longtime resident of Revere, MA. He was a strong-willed, loving father and a kind-hearted lover of animals. He is survived by his brother and sister, Fransisco and Milagros Rodriguez, his loving daughters, Angela Nunez-Vazquez, Cindy Perin, Angela Rodriguez, Ashley Rodriguez, and Selena Rodriguez, his grandson, Nehemiah Nunez-Vazquez, and his daughter-in-law Norma Nunez-Vazquez.