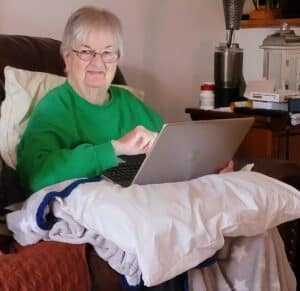 Patricia (Costa) Collins passed unexpectedly on September 22nd at Brigham and Women’s Hospital-Boston. She is survived by her four children Karen Collins, Paul Collins Jr., Patricia Collins and John Collins and his wife Marilyn Collins. She also had several grandchildren John Collins Jr, Avery Collins, Ayah Collins, Aadam Collins, Amin Collins, Yasseen Amellal and Ashley Ghika, great-grandson Thomas Ghika, and daughter-in-law Fadima Aziz. She was one of eight, she also had many nieces and nephews. She was from Brookline but moved to Malden after she was married. She stayed in Malden until 2007 and then moved to Dallas Georgia until she came back to Massachusetts with her son John and daughter in law Marilyn Collins. When she was able, she was an avid gardener and loved tending to her vegetables and flowers. She loved Motown music, the beach, cooking and especially loved the holiday season. A service for Patricia will be held on Friday, September 30th, from 9:00am to 11:00am at Boston Cremation, located at 287 Main st, Malden MA 02148.