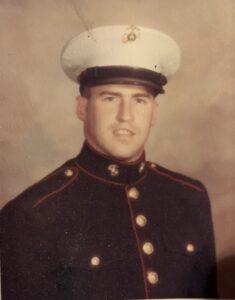 PAUL R. HERBERT, 78, passed away at his home in Malden, Massachusetts on June 29, 2022.Paul was predeceased in death by his parents, John J. and Florence L. (Myatt) Herbert and brother, John J. Herbert, Jr. Paul is survived by his loving son, Sean of Malden, grandchildren Sean and Talia of Stoneham and mother of their son Sean, Theresa Nadell of Wilmington. He is also survived by a sister, Eileen (Charles) Hugo of Stoneham and a brother, Thomas Herbert of Waltham and many nieces, nephews and cousins. Paul graduated from Malden Catholic in 1962 and attended St. Anselm College in Manchester, NH.

He proudly served in the United States Marine Corps Reserves during the Viet Nam conflict. Paul had many careers during his lifetime but was most happy when working in the trades. He was very proud of his grandchildren, the loves of his life. He so enjoyed watching them grow and shared in the joy of their many accomplishments. Although he will be missed, his memory will stay close in our hearts forever.

Funeral arrangements will be private. The family requests that those who wish to express their sympathy consider a contribution to a charity of your choice in Paul’s name.