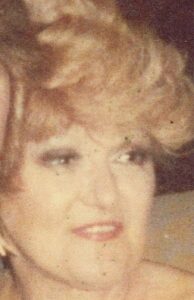 Paula Essen, known as Paula Fontaine, 83, passed away on June 15, 2017. She was a long-time entertainer in the New England area and Canada. As a young child, her talents were encouraged by her parents, her father being a circus performer, “The Spider” and her mother a clairvoyant, “Madame Hilda.”

When she married Paul Essen, they flipped a coin to decide if they would buy a nightclub or if Paula would become a veterinarian. The coin toss favored the nightclub and together they managed Paula Fontaine’s in Peabody from 1975 to 1980.

Paula loved performing and was a member of the Screen Actors Guild, and American Federation of Television and Radio Artists and was a past president of Spotlighters.

She leaves behind her loving daughter, Davina Essen, and many dear friends.

A service will be held at a later date to be announced.

Donations in her memory may be made to Kaplan Family Hospice House, 78 Liberty St., Danvers MA 01923.