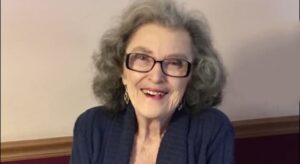 It is with great sadness that the family of Peggy May (Forbes) Furmanik,
89, announces her passing after a brief illness on Tuesday, October 20,
2020 at home, lovingly surrounded by her family. Peggy was the wife of
the late Kenneth Lee Furmanik, Sr. She was the daughter of the late Clyde
Thomas and Sarah Paige (Erwin) Forbes.

Mrs. Furmanik was a graduate of Middleboro High School. She worked as
a bookkeeper for various small businesses before becoming Vice President
of Total Packaging, where she worked until her retirement.

Knitting and crocheting were among her favorite past times, right along with
keeping up with friends and family through facebook. She enjoyed making
puzzles, shopping and playing cards. Taking a ride to the ocean or listening
to music brought her peace. Peggy was also a voracious reader and
enjoyed all types of books. But above all, cooking for and spending time
with her children, grandchildren and new great grandchild brought her the
most joy.

She leaves her children, Kenneth Lee Furmanik, Jr. of New Bedford; Penny
Lee (Furmanik) and Raymond Gosson and their daughter, Brittany of East
Taunton; Sara Beth (Furmanik) Vieira of Taunton and her children, Daniel
Vieira, Samantha Vieira, Jessica Johnson and Julie Johnson; and one
great granddaughter, Aria Elizabeth Stacy; her sister, Carol (Forbes)
Becker of Kentucky, her two brothers George Forbes and his wife Beverly
of Mississippi; Clyde Thomas (Tommy) Forbes and his wife Merl of
Mississippi; and one sister, as well as several nieces and nephews. She
was predeceased by her sister, the late Sally (Forbes) Enos, and brothers,
the late Richard Forbes and Dwight Forbes.

A service celebrating Peggy’s life will be celebrated at a later date when
more of her family can be together.

The family requests that in lieu of flowers, memorial contributions be made
to Southcoast VNA, 200 Mill Road Suite120, Fairhaven, MA 02719