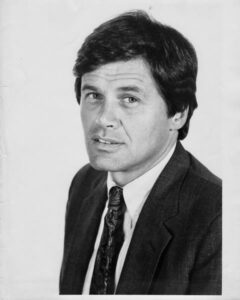 R. Michael Couch, who embodied love, compassion, and honor despite his competitive nature, died at home after a battle with Lewy Body Dementia on July 9, 2020, at age 79.
“His success was entirely based on his skill, talent, and decency, never on politics or manipulation,” noted friend Teresa Stack who worked with Michael when he was VP, Circulation, Publisher at Disney ABC Television Group. “He was humble, empathic, and unfailingly kind. He was not a cynic. He cared deeply about being a good father and a good husband, and he was a true friend.”
Born on May 14, 1941, in Manhattan, New York, he was the son of Agnes Veronica (Lahart) and Robert Franklin Couch. Although named Robert, his family called him Michael to distinguish him from his father.
His leadership skills emerged early. As a boy, Michael let his nine-years-younger brother follow him everywhere and hang out with his friends. “He was a confident leader, even back then, and I always observed how he interacted with everyone,” said brother Christopher Couch. “I tried to emulate him in everything that he did, especially sports.”
A gifted athlete, Michael skied black diamonds, enjoyed a 9 golf handicap, played Level 4 tennis, and had a mean hockey shot. After graduating from William Cullen Bryant High School in Queens, NY, Michael earned a place on the Brooklyn Dodgers 1959 Rookie Team where he wore the number 2 Jersey of infielder Randy Jackson who played for the Dodgers in 1956-8. However, a pitching arm injury kept him from being drafted into the majors, and he entered college in 1960.
Michael played Division 1 basketball and baseball at Long Island University where he earned his business management and marketing degree. In 2008, he was inducted into LIU’s Sports Hall of Fame, one of only a handful of athletes recognized for their prowess in two sports. His LIU 0.87 ERA pitching record remains unsurpassed.
A cultured man, Michael traveled extensively within the U.S., Asia, and Europe, where Italy was a favorite destination in his job as publisher of Footwear News, but he’d go that far to consume his beloved pasta. He enjoyed the performing arts and boasted of seeing A Chorus Line 15 times. An avid reader, he preferred biographies of historical figures or athletes and classic literature.
Michael retired early from Reed Elsevier, where he was publisher of Electronic Business following a serious bladder cancer diagnosis in 2001, but after his surprising recovery, he continued to coach Sudbury Youth Baseball and Basketball.
Michael’s musical tastes ranged from Run DMC to Cher to Charlie Parker. As dementia and the pandemic made it harder for him to get about, he and his wife of 27 years, Maile Hulihan, would dance to his favorite songs in their living room. Michael’s compassion and sense of honor meant that “he got the big things right,” said Maile. “He never wanted to let down the people he cared about.”
In addition to his wife, Michael is survived by his son Alex Couch, both of Sudbury, MA and his children Kristin Couch, of Pearl River, NY, Michael (Nicole) of Garnerville, NY, and Bryan (Gina) of Cresskill, NJ from his previous marriage which ended in divorce. He is also survived by seven grandchildren, brother Christopher J. (Alfrieda) of Bluffton, SC, and sister-in-law Aline Couch of Honolulu, HI as well as many nieces and nephews. His brother Richard F. and his parents predeceased him.
A funeral mass will be held at Our Lady of Fatima Church, Sudbury, MA at 10 am on Tuesday, July 21, 2020, followed by an outdoor reception. Masks and social distancing required. In lieu of flowers, please make a donation to www.LBDA.org.