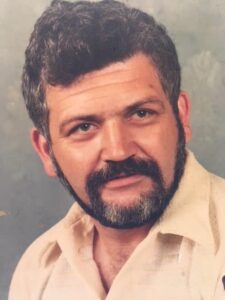 Raymond A. Packer, age 75, passed away peacefully on Thursday, May 2,2019 at Massachusetts General Hospital. Ray was born on February 22, 1944 in Weymouth to Ronald and Eugenia (Brown) Packer.

After graduating high school, Ray entered the Air Force. Upon his return he began to work for Armstrong Corporation in Braintree where he worked for over thirty years. When he retired Ray became a Sales Associate/Greeter for Walmart in Hanover. This was the happiest time for Ray, because he truly loved to talk with people and children. The children would often call him “Santa” because of his beard and physical stature. Ray loved that.

A lifelong resident of Weymouth, nearly two years ago Ray took up residence at The Zelma Lacey House in Charlestown. There he has been surrounded by many new friends and a caring staff. They made his transition to the North Shore a pleasant one for sure.

Raymond is survived by his brother, Douglas Packer and his wife, MaryGrace DiMartino of Medford, sister in law Jean Burton of Marshfield and many nieces and nephews. Ray was preceded in death by his parents, his sister Patricia Hammarstrom of Louisiana and his brother Kenneth Packer of Marshfield, MA.

A memorial mass will be held in the future. If you wish to donate in Ray’s memory, please pick a favorite charity of your choice.