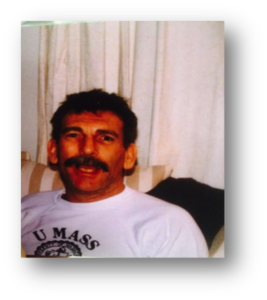 Ric Seiler was born in Manhattan, New York on July 28, 1943. He was raised in Levittown, New York with his parents Muriel, Lazar and his younger sister Madeline “Madi.” In High School, he was active in performing arts and writing. He went to Northeastern University for Marketing, and fell in love with Boston. He also loved to travel. He lived in San Francisco, California in the era of Harvey Milk and he was an activist for Gay Rights. He later returned to his beloved Boston, where he resided for 30 years. Ric loved the time of “Sex, Drugs and Rock n’ Roll.” He was proud of his 32 years of sobriety and was very active in Alcoholic Anonymous (AA). Ric worked as a Buyer for many department stores in NYC in the 1960’s and 70;s, a Bartender at the Lenox Hotel in the 80’s, and was Office Manager/ Computer Accountant for Teri Corporation in Boston until his retirement. Ric was greatly loved by his friends and family. A memorial will be scheduled in the Spring on the Vineyard to honor Ric. He is survived by his sister Madeline “Madi” Coutts, his brother in law Robert “Bob” Coutts, of Martha’s Vineyard, MA, his niece Caline “Cali” Coutts, of Boston, MA nephew Eliot Coutts and his wife Alexandra Coutts and grandniece Evangelia “Evie” Coutts, of Martha’s Vineyard, MA. Donations can be made to the Good Sheppard Hospice in Newton, MA or AIDS Alliance of Boston.