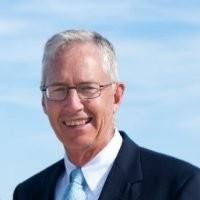 Richard Abineri of Brookline, MA passed away peacefully on March 20, 2020 surrounded by family after a valiant fight against multiple myeloma. He will be missed by his wife Barbara (Boase) Abineri after 50 wonderful years of marriage. He is survived by daughter Laura Gurry, son-in-law Adam Gurry, granddaughters Lila (8) and Nora (5) Gurry; siblings Tessa, David and Adrian and many aunts, uncles and cousins.

Born in the UK, Dick at age 11 emigrated with his family to the US and settled in Cleveland, OH. He graduated from Lakewood High School. At University of Michigan he met wife Barbara then graduated with a BS and MS in Mechanical Engineering.

Married in 1969, Dick and Barbara settled in Wilmington, DE where Dick starting working for IBM as a Systems Engineer. His 25 years with IBM included various technical, management and executive roles, including 4 years in Europe (Rome, Paris, London) before making his home in Ridgefield, CT where he spent 20 years and where daughter Laura was born. After officially retiring from IBM, Dick enjoyed two more mini careers with SCT (Systems & Computer Technology) and New England Confectionary (NECCO).

Always an avid swimmer and tennis player, Dick particularly enjoyed spending time at his Chatham, MA summer home where he welcomed friends and hosted family reunions. His favorite times were spent with his two granddaughters, teaching them tennis and sharing his love of sailing. They will always have special memories of their “Bubba”.

Please take a moment to remember your own special times with Dick. If you wish to make a small donation, choose the charity of your choice or the Multiple Myeloma Research Foundation (MMRF).