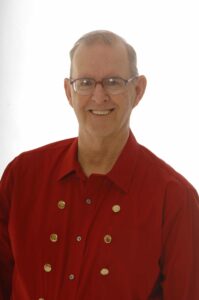 Richard “Dick” Fred Rogan passed away peacefully at Brockton hospital of complications from COVID-19 after a long illness.

He was the loving husband of wife Joan (Tupper) Rogan, and devoted father to Richard Jr. (Rick) Rogan and Barbara (Barbi) (Rogan) Calusdian, both of Mansfield, MA. He was an extremely proud “Papa” to three grandchildren, Daniel Rogan of Cumberland, RI, Jordan Calusdian of Mansfield, MA and Regan Calusdian of Mansfield, MA. He is also survived by brother Robert Rogan, sister Carol Ingraham, daughter-in-law Janet (Schiff) Rogan and son-in- law David Calusdian, and many beloved nieces and nephews. He was pre-deceased by his mother Rose (Rogan) Kavolious, Father Joseph Rogan, and sisters Phyllis Tavares and Holly Cronin.

Dick will most be remembered for his love of family and friends. He was incredibly proud of his children and grandchildren and was their biggest fan, whether it was their participation in baseball, dancing or theatre. His friends and family will forever remember him being attached at the hip to his wife Joan, to whom he was married for 61 years. They loved playing cards with friends, dining out and dancing. They could be seen taking over the dance floor to polka at many weddings and other occasions throughout their married life.

Dick was a life-long native of Norwood. He was a gifted athlete at Norwood High School, where he graduated in 1958. He was the captain of the tennis team, and also played basketball, baseball and football for the school. He once pitched a no hitter for Norwood High in 1958, was the only Little Leaguer in Norwood Little League history to pitch a no hitter on opening day (1952), and pitched a perfect game in the 1951 Little League All-Star Game, striking out every batter he faced. He attended Henry O Peabody Vocational School, earning a degree in culinary arts.

He was one of the highest-ranked candlepin bowlers in the world and could regularly be seen on television’s Candlepin for Cash and Candlepin Bowling.

Dick worked for many years as a chef for a number of restaurants, including Thackary’s, the Iron horse, and Washington Gardens. He was the Head Chef-Manager at the Christian Science Center in Boston, The Hospital at Parker Hill and Raytheon in Waltham. He prepared many dishes that delighted family and friends, and none were as popular as his famous potato salad. He would bring the dish to nearly every family gathering, and it always would be decorated to suit the occasion, including birthdays, 4th of July celebrations and graduation parties.

Later he worked as a taxi and limo driver and dispatcher and was an original GPS system, knowing the shortcuts to anywhere in Massachusetts.

At age 67 he began tap dancing and was on an award-winning “Tapping Dads” dance team at his daughter’s dance studio. He won awards at competitions throughout Massachusetts and performed at Disney World several times as well as on a cruise ship. He continued to dance for 11 years and at the studio he was known and beloved as “Dancing Papa” by dozens of young dancers. One of his favorite activities was to assemble a giant Christmas Village in the dance studio lobby, a tradition that was cherished by both the children and their parents.

Dick’s favorite vacation spot was Disney World, which he visited many times with friends and family. In his late 70s he was still the first one to rush to the thrill rides, and saw the Disney characters (including his favorite “Goofy”) through youthful eyes.

In lieu of flowers, donations may be made to The Alzheimer’s Association.