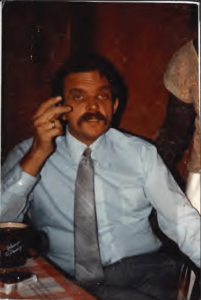 Passed away peacefully at the Hospice Kaplan House in Danvers surrounded by family on March 1, 2020. Richard grew up in Salem Willows, MA where he attended parochial grade school and graduated Salem High School in 1971. As a child he suffered from Nephritis and spent a lot of time in and out of Salem and Boston Children’s Hospital. Despite his childhood illness, he was an accomplished organ player and attended Sea Scouts earning the highest rank of quartermaster in 1969. He earned his Associates Degree from Control Data Institute in 1974 and moved to Newburyport, MA in 1978. He worked as an Office Machine Technician at several locations, the last one being at Office Product Services (OPS) until 1993 when he became disabled following back surgery and a heart attack. He loved family, friends, the ocean, boating and cars. He was an avid Patriots fan and enjoyed music. He was fond of animals, particularly dogs, the last one being “Phoebe” who died in December 2019.

Richard is predeceased by his parents Eugene (Jim) Duda of Salem, MA who died in 2000, Mary (Surpitzki) Duda (formerly of Ipswich, MA) who died in 2014, his brother Michael Duda of California who died in 1991, his paternal grandparents Mary and Anthony Duda, his maternal grandparents Charles and Victoria (Skalny) Surpitzki.
Devoted to his wife of 29 Years Louise (Fulchini, Mahoney) Duda and his blended family; daughter Sherri Duda of Exeter, NH (and significant other Kurt Walker), stepdaughter Janet Mahoney of Seabrook, NH (and significant other Matt Perkins), stepson Joseph Mahoney of Kingston, NH. Richard was affectionately known as “Gimpy” by his grandchildren; Trevor Gaudreau, Jared Gaudreau, C.J. Walker and Lexi Walker of Exeter, NH and Tyler Collins and Natalee Perkins of Seabrook, NH. He is also missed by his cousin Lorraine Duda of Danvers who was like his big sister, as well as his aunts, uncles and cousins from CT, NY and CA.

A memorial and celebration of life, followed by sandwiches and refreshments will be held at a later date, due to the COVID-19 precautions, at the PITA Hall, 8 Plum Island Blvd. Newbury, MA at 1:00 P.M. In lieu of flowers, contributions can be made to the Kingdom Hall of Jehovah’s Witnesses (JW.org) or the charity of your choice.