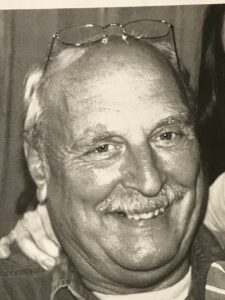 Richard “Plucky,” “Uncle Richard” was born May 11, 1944 to the late Nellie Nemeikstis Plekavich and Louis E. Plekavich. He grew up in Belmont, MA and Gloucester, MA, graduating from Belmont High School in 1962. Childhood summers were spent working in the family bakery with his grandfather, Frank and Uncle John . He served his country in both the Army and National Guard, receiving citations for sharpshooting and marksmanship. After his discharge, Richard worked in carpentry, building and remodeling homes and professional buildings. He loved the ocean and spent many days on his boat fishing the Atlantic.

Richard is survived by his brother, Edward (Jasmin), sister Louise, nieces and nephews Amy (Christoph), Amber, Dina (Peter), Hunter, Sophia and grandnieces and grandnephews Eva, Sophie, Wilhem, Jessie, Benjamin and Mallory, and loyal friends Charlie and Howie. Although he had no children of his own, Richard loved all his nieces and nephews as if they were his own children. A memorial gathering to scatter his ashes on the ocean will take place this summer.