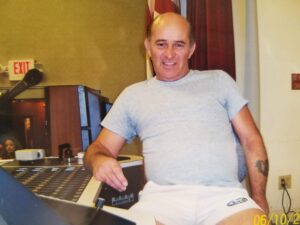 Richard Parsons 69, formerly of Peabody, passed away, surrounded by love, on January 4, 2019 after a lengthy illness. Richard was the son of the late Woodrow and Gwendolyn Parsons and grew up in the old America Park in Lynn, Ma. Richard leaves behind a daughter Audrey Parsons-Dalton and her husband Mark.

Prior to retirement, Richard was employed in construction and the industrial field and was handy in carpentry. He was a member of the Alhambra and the Knights of Columbus for several years doing various volunteer work including calling bingo.

He had a special place in his heart for animals, especially his own dogs formerly Emmitt, Buddy, and Simba. In addition to his beloved daughter, he leaves behind three sisters, Linda Prout of NH, Janis Serra and her husband Tony of NH, Phyllis Peterson and her husband Don of Texas. He was preceded in death by his late brother Allen Parsons. He also leaves behind a close friend and companion of many years Patricia Silva and her son Michael.

Come join the family in a celebration of life gathering at the Knights of Columbus Hall 96 Main Street Peabody, Ma on January 30th open from 5PM to 9PM.