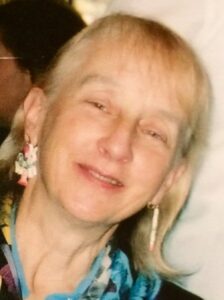 Rita Ellen Ranucci, 73, of Newton, Massachusetts, wife of Dr. Peter Lieberman, passed away peacefully on April 6th, 2016 surrounded by her loving family. Rita grew up in New Jersey and also spent time in Scotland, Central and South America as a youngster. She earned a BA in Music from Montclair State University, New Jersey in 1964. Rita met the love of her life, Peter, in 1968 and they married in 1969 in Westport, Connecticut. They had a son, Eben, in 1978 and have lived in Newton, Massachusetts since 1981. Rita was a gifted musician and inspirational teacher who tirelessly promoted music making in many settings; she inspired hundreds of students to study and perform. She retired as the orchestra director and string specialist for Somerville Public Schools, Massachusetts, where she taught for over thirty years. In the early stages of her career in Somerville, Rita tenaciously advocated for the inclusion of string playing in the curriculum. When classroom space was limited, Rita ingeniously found rehearsal venues in hallways, boiler rooms, and other unconventional spaces. She also taught strings and instrumental music in New Jersey, Connecticut, and the Netherlands. Rita founded two summer music programs: The Hague Summer Music School in the Netherlands and the Somerville String Camp. The Hague Summer Music School was a live-­in camp for music instruction and international cultural travel opportunities, centered at The American International School where she taught while living in Holland. Hiring a staff of dozens and enrolling scores of students, she skillfully managed all aspects of the program, publicity, pedagogical and logistical, for this successful operation. The Somerville String Camp is a two-week program open to participants of any age and income that just celebrated its 25th anniversary; it typically enrolled over two hundred annually including children, their parents, and other adults. As a cellist, Rita performed with the New Jersey Symphony Orchestra and the Dutch Baroque Ensemble in the Netherlands and she lent her skills on the bass to many Harvard Gilbert and Sullivan productions. She also helped others as a counselor at Planned Parenthood in the 1970s and as the foreign student adviser at Pine Manor College in the 1980s. Rita loved traveling and foreign culture, her passport showing dozens of entries from countries around the world. She enjoyed conversing with people in English, Italian, Portuguese, Spanish, Dutch, and French. A lifelong and accomplished skier, Rita met Peter­ in a Connecticut ski club; he a flailing beginner whereas she was the club female racer. She and her husband have been co-owners of Centre Ski and Bike in West Newton, Massachusetts since 1992. Rita’s expertise, insight, and skill at helping people realize their ski aspirations were an enormous boost to the enterprise. Additionally, Rita was a philanthropist who supported her students and the learning community around her. She established the Ranucci Family legacy at her and her parents’ alma mater, Montclair State University, where the Ranucci Family Rehearsal Hall was dedicated in the family name in 2014. Her gift will allow future students to realize their talents and ambitions for years to come. Rita is survived by her husband, Dr. Peter Lieberman of Newton, MA; son, Eben Lieberman and his wife Corrine Ochsner Lieberman of East Longmeadow, MA; sister, Anita Ranucci Brandon and her husband Sy Brandon of Cottonwood, AZ; and her granddaughter, Cora Lieberman. She was predeceased by her parents, Dr. Ernest Ranucci and Barbara Helmer Ranucci. The family is grateful to the people of Beth Israel Deaconess Hospital, Massachusetts General Hospital, Evans Park at Newton Corner, Whidden Hospital, and Care Dimensions Hospice for their kind and compassionate care during Rita’s fight against ALS. An event to memorialize and celebrate Rita’s life will be scheduled soon. In lieu of flowers, memorial contributions can be made to: ALS Association Massachusetts Chapter online at webma.alsa.org or to: Planned Parenthood online at ppaction.org or by calling 1-800-798-7092. To leave a condolence or share a memory, please click below.