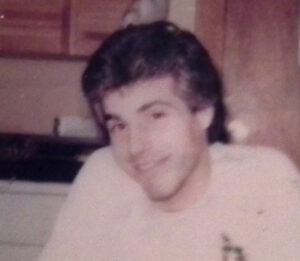 Robert Bregoli of Tewksbury passed away at his home on November 17 after a 9 year battle with Cancer, he was 53. Robert was born in Medford and raised in Somerville attending school there. He met his future Bride Deborah Scholfield in 1988. They dated for 23 years before getting married in Las Vegas four years ago. Robert worked in the warehouse at Fleet Pride for for 15 years. He loved Las Vegas and made it a point to visit many time during his illness. Together, he and Deborah have three children, Matthew Schofield of Dracut, Michael Schofield and Ryan Bregoli both of Tewksbury. They also have two beautiful grand daughters: Autum & Raeleigh. Robert is also survived by his sister Lynda Devereaux of Bangor ME