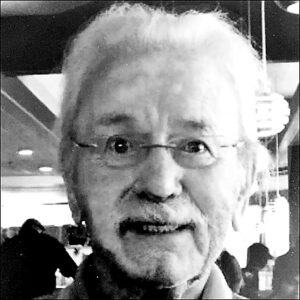 Robert E. Spence passed away peacefully on March 2, at the age of 90. Bob was born and raised in Hyde Park and lived in Needham for 25 years,before moving to Newport Beach, CA where he resided for many years. He recently relocated to Mansfield to be closer to his family. Bob served in the Marine Corps. in WWII and the Korean War on the USS Boxer. Bob was a mechanical engineer and started his own manufacturer rep. business in the food service industry. He started a second business in refrigeration and air conditioning in Newport Beach, CA which he ran for many years.

Bob leaves his daughter, Linda Wallace and her husband George, of Mansfield; his daughter, Mary Ann McCaslin and her husband Todd, of Dedham; his two sons, Stephen of Las Vegas and Robert of Sherborn. His grandchildren, Patrick & Michael Wallace, Carolyn Driscoll, Matthew, Colleen, Christy, and Timothy McCaslin and his great-grandson, Hunter Driscoll. Bob had many interests including tennis, golf, skiing, and biking, which he did well into his 80s. In

lieu of flowers, donations in Bob’s memory can be made to Habitat for Humanity at www.habitat.org Visiting Hours: Boston Cremation in MANSFIELD, on Wednesday, March 13, 2019, from 4:00pm – 7:00pm. Relatives and friends are most kindly invited to attend. A private Memorial Service will be held at the Massachusetts National Cemetery in Bourne, MA.