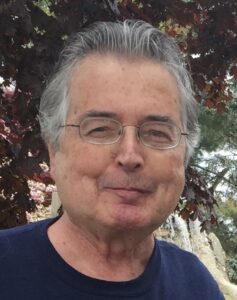 Bob was born in Boston, MA on December 11, 1945, the son of the late Harriett G. (Brown) Arcand and the late Edgar J. Arcand. He was a resident of Exeter, New Hampshire for several years and has previously resided in Beverly, MA and Brookline, MA. Bob graduated from Bishop Fenwick High School in Peabody, MA with the Class of 1965. Bob received an associate’s degree from North Shore Community College and a BSBA from Suffolk University in 1971.

Bob had enlisted in the US Army Reserve for six years in the 331st General Hospital Unit out of Lawrence, MA.

He was employed at Signal Technology, a division of Crane Co, in Beverly, MA as a Cost Accountant and retired after 35 years at the company. Bob had previously worked at Raytheon in West Andover, Converse in Wilmington, and Alpha Industries in Woburn.

He is survived by his beloved daughter, Holly, grandchild Madeleine, sister Yvonne Arcand, brothers Edgar and James, and many nieces, nephews, and cousins. Bob was predeceased by one brother, Richard.

It was his wish that no services be held but a private service will be held for his immediate family and close friends.

Should family and friends choose, memorial donations in his memory can be made to your local Hospice or specifically to Care Dimensions Hospice who took exceptional care of Bob during his final weeks.