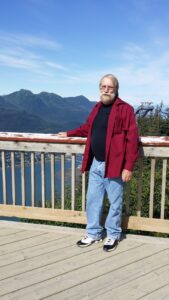 Robert O’Brien passed away peacefully in the care of his wife of 35 years, Denise O’Brien on November 2, 2018, at Kaplan Hospice House, in Danvers, Massachusetts. Robert is the youngest child of Charles Scott O’Brien and Phyllis Gormley O’Brien of Lynn, MA. He is preceded in death by his brother and sister in law Wallace and Barbara O’Brien, and his daughter Elizabeth O’Brien and her husband Dennis Mosley.

Robert is survived by his sister Suzanne Durkin and her husband James of Salem, MA. His surviving children are his son Robert O’Brien and his wife Janice of Barnesville, GA, and his daughter Bonnie O’Brien Petitt and her husband Greg of Linwood, NJ. He leaves 6 grandchildren:Bonnie’s children Sam, Julia, Jack, Alexander, Elizabeth’s son Patrick, and Robert’s son John and his wife Felicia. He also leaves one great grandchild John’s son Daniel. In addition he leaves behind many nieces and nephews.

Robert shared his strengths of determination, unwavering optimism, and entrepreneurship with his children, who have continued to share those qualities with their own children. Family meant everything to him and during the final days of his illness Robert expressed his love explicitly to his children. He took the time to be sure to let his close friends and family know how much they meant to him. Robert took comfort in knowing that his children would carry on his legacy of open friendship, kindness, and love.

Robert’s optimism, determination, and spirit of adventure enabled him to live out his dreams. He enjoyed a lifetime of driving beginning with his earliest adventure of owning and driving an asphalt modified race car at The Pines Speedway, in Groveland, MA. He was able to see the world as a motorcoach tour driver and later owned his own tour bus company in Salem, MA. Robert’s love of the open road continued as he moved to Covington Township, PA where he owned and operated a dump truck in the Pocono Mountains. He returned to racing in a dirt modified race car at Mocatek Speedway at Lake Ariel, PA.

Robert followed his passion for driving down the open road when he started his own trucking operation between Pittston, PA and Jonesboro, GA. He moved with his family to Jonesboro, GA to take advantage of the weather, state parks, and Atlanta Motor Speedway. Robert worked many years with Jones Transportation near Atlanta GA. Robert and Denise enjoyed riding on horses, cars, trains, hot air balloons and even zip lines. He loved classic cars and had fun touring and showing them at car shows in Georgia.

Robert journeyed across the continent over the ALCAN Highway and across the Gulf of Alaska in his boat for one more adventure. He took advantage of opportunities to travel and explore the land and sea near his final home in Valdez, AK.

Robert’s final act of courage was to continue the fight against cancer by donating his tissues to a research project with Massachusetts General Hospital. Through this he will help to find a cure to spare others the pain of cancer and the loss of loved ones.

Robert wished to keep his services to a minimum, preferring cremation and small family gatherings. His adventures gave him many stories and he hopes his loved ones will share their stories of love, humor, and life with each other at their convenience. Condolences may be sent to the O’Brien Family at PO Box 1467, Valdez, AK 99686 or to the children’s addresses.