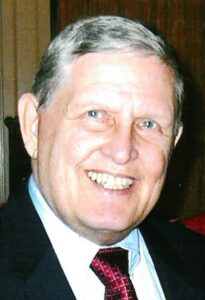 Bob, 69, passed away November 5, 2015 due to Hereditary Hemachromatosis at Massachusetts General Hospital, Boston. At his side was the love of his life, his wife Brenda. He was born in Salem, Massachusetts. They lived in Sugar Hill, NH and Kennebunk Beach, Maine before retiring to Sand Key, Florida. Bob graduated from Salem High School in Massachusetts and earned advanced degrees from Northeastern College, Boston and U Conn, Connecticut. He was a star football player and member of PHI KAPPA PHI .He started his teaching career as a high school social studies teacher and football coach in Cleveland, Ohio. He served as Principal of Schools in Connecticut and Massachusetts, prior to being Superintendent of Schools in Wilmington, Massachusetts. Bob was Superintendent of the former SAU 35 in Littleton NH for 10 years. He was a respected and wise educator who made decisions based on what would be best for the students. Anyone who knew Bob marveled at his memory. During his tenure in Wilmington, Bob was successful in reorganizing the grade level structure to a K-5 ,6-8 and 9-12 system.He instituted the New England Association of Schools and College’s accreditation process for all elementary schools..He initiated a mandatory in-service program for all staff and collaborated with Lesley University to provide Master’s level courses on campus.Bob was responsible for the development of a system-wide computer education curriculum and was successful in having computer labs available in all elementary schools. Bob also introduced an “At- Risk “program at the intermediate schools. Bob was often an invited speaker at education conferences. He was appointed by the Governor of NH to the Youth Council Workforce Opportunity Council of NH. He also established a partnership with NASA for a GSI program for students and co-authored a USDA Rural Development Grant for video conferencing with world-wide sources. A NH board member stated “Mr. Horan is a gentleman of the highest integrity. When he believes he is right, he will stand his ground like the majestic oak trees in a summer gale swaying in the wind, but he was not moving from his beliefs.” A Wilmington board member stated Bob was the most talented school administrator he ever met. Bob and his wife regularly traveled to Aruba and Martha’s Vineyard .They loved the sand and sun. Bob and Brenda loved each other unconditionally and he will be loved forever and terribly missed. A Celebration of Bob’s Life is being planned to be held in the spring in New England. Donations in his memory may be made to the American Hemochromatosis Society. To write a condolence or share a memory, please click below. Death leaves heartaches no one can heal. Love leaves memories no one can steal. &nbsp;