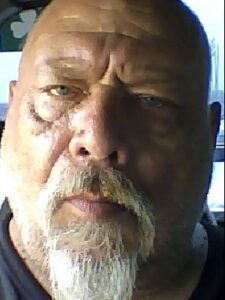 Robert R. Sweeney, Sr., 64, of Revere, MA, passed away February 4, 2019 after a lengthy illness at Mass General Hospital. Bob was born March 14, 1954 in Revere the son of Richard F. Sweeney and Barbara A. (Martin) Sweeney. He is survived by his two children, Robert R. Sweeney, Jr and Crystal I. Sweeney; two brothers, Kenny Sweeney and John Sweeney and six grandchildren.

Bob worked as an over the road truck driver enjoyed his travels to and from Florida, talking on his CB radio and meeting new people. All those who knew Bob, will miss him dearly.

All are invited to attend his Celebration of Life, Wednesday, February 20, 2019 from 6-8pm at Carafa Funeral Home, 389 Washington Avenue, Chelsea, MA 02150. Burial will be private.