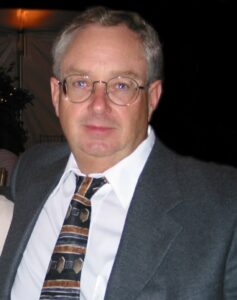 Rodney M. Pavlovich, 61, a resident of Pepperell Massachusetts for 33 years, passed away in his home in the arms of his loving wife Denise Pavlovich on April 22nd 2013. Rod was born March 21st 1952 in Cohoes New York, to Michael and Ella (Jensen) Pavlovich. Rod spent his early years in Winsted Connecticut, Seneca Falls New York, finally settling in North Chelmsford where he graduated from Chelmsford High Class of 1971. He attended Middlesex Community College. He is survived by his wife Denise (Valcourt) Pavlovich, and would have celebrated their 35th anniversary on September 4th. He worked at former Optronics as a Senior Electronics Buyer. Later he worked at Digital Computer Corporation and HP as a Pre Sales Engineer until 2004. He worked as a general carpenter/ Handy man until his recent illness. Rod was an avid outdoorsman. He was a former member of the Westford Sportsman’s Club. He loved to hunt, fish, hike, canoe and bike. He had canoed much of the Northern Forest Canoe Trailwith his good friends Allan McGroary and Gordon Bostock. Besides his wife he is survived by his brother Eric and his wife RaeLean from Mont Vernon, New Hampshire. He also leaves his sister in-law Cecile Lepine and her husband John, nieces, Melissa Murray and her husband Patrick, Kristin Miller and her husband John their children Owen and Theodore John and nephew Peter Lepine and his girlfriend Heather Johnson. Friends and family are invited to a Memorial Gathering which will be held Sunday April 28th, from12:30 – 3:30 at the VFW Post 3291, 55 Leighton Street, Pepperell MA 01463. In lieu of flowers contributions can be made to the Lowell General Cancer Center, Attention to the Lowell General Hospital Philanthropy Office 295 Varnum Ave. Lowell MA 01854 The family would like to thank Rod’s oncologist Dr. Blair Ardman, from the Lowell General Hospital Cancer Center, for his outstanding care and compassion in taking the extra time and effort in Rod’s treatment. We would also like to thank the Hospice staff of the Nashoba Nursing Services and Hospice for the wonderful care Rod got from them.