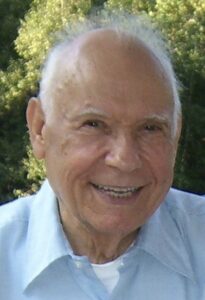 Salvatore Sinopoli, age 90, of Lamezia Terme, Italy and formerly of Caracas, Venezuela, Quincy, Ma and Pepperell, Ma. died Monday, January 13, 2020 in Lamezia Terme, Italy. He was born in Sambiase (Prov) Cz, Italy on August 27, 1929. He was the son of the late Fortunato Francesco Sinopoli and Concetta (Romanello) Sinopoli. He was the beloved and devoted husband to Almira Pepi Sinopoli, who predeceased him in 2008. He was brother to the late Maria (Sinopoli) Pellico of Italy, Vincenzina (Sinopoli) Davoli of Waltham, the late Domenico Sinopoli of Italy, Antonio Sinopoli of West Newton, Innocenza (Sinopoli) Mineo of West Newton and the late Francesca (Sinopoli) Curcio of Pepperell. He is also survived by many nieces, nephews and extended family members and friends.

In his spare time, Salvatore enjoyed cooking, gardening and spending time with family and friends.

All are invited to attend his funeral service on Wednesday, February 19, 2020 from 11am until noon at Boston Cremation, 116 Franklin Street, Quincy, MA 02169. Burial to follow in Pine Hill Cemetery, Quincy.