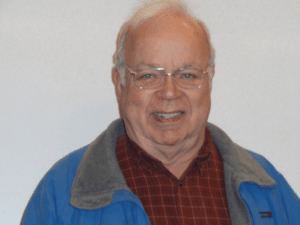 Sam Suitt, 83, of Charlotte, NC passed away on July 2, 2022 in Boston, MA. He was the son of the late Samuel R. Suitt, Jr and Dorothy Weygand Suitt of Charlotte. Sam was born and raised in Charlotte and graduated from Phillips Academy, Andover, MA (Class of ’57), the California Institute of Technology (BS ’61, Caltech), and the University of California Los Angeles (MS, UCLA). As a Jet Propulsion Laboratory (JPL) electrical engineer, he contributed to the development of various planetary exploration satellites and landers. He joined TRW and played an important role in developing intelligence satellites critical to sustaining the nation’s security during the Cold War. Sam mentored and provided financial aid and scholarships to numerous students and actively supported both Andover and Caltech throughout his life. Sam was preceded in in death by his parents, his brother Cliff, and his sister Karen Ann, and is survived by relatives in Ohio, his mother’s home state, and many friends. Sam contracted Covid and died from severe complications related to Stevens-Johnson syndrome in spite of excellent care at the nation’s #1 research hospital located in Boston. Sam will be buried in Sharon Memorial Park in Charlotte. In lieu of flowers, memorials can be made to Phillips Academy, Andover, MA or to the Triad Sheltie Rescue in Youngville, NC.