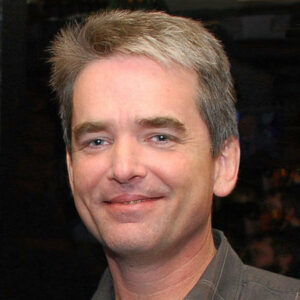 Trockman, Scott Bryan 48, of Winchester, MA passed away Tuesday Jan. 17 after a courageous battle with mouth cancer. Scott leaves behind his mother Dr. Barbara Trockman, his father A. Neal Stephenson, his two brothers Blaine and Jeffrey Trockman, and his sister Shelly Stephenson. Scott was born in Oxnard, California and grew up in Honolulu, HI where he attended Punahou private school. He later moved to Newton, MA where he graduated from Newton South High School. Scott served in the U.S. Navy for 4 years as a sea-air rescue crewman while stationed in California and Hawaii. He then moved to California where he obtained his degree in geology from California State University. After working as a geology field technician in Ventura he returned to Boston where he worked as a network engineer at several high-tech firms in the Boston area. Scott most recently worked as a network administrator for the Group Insurance Commission in Boston while living in Winchester, MA. Although geology was Scott’s primary passion in life he also enjoyed astronomy, biology, science fiction, and the study of our evolutionary primate predecessors. Scott was well loved by his friends for his warm and caring disposition, easy going manner, and great sense of humor. There will be a memorial service for Scott held at Griffin Photography Museum in Winchester, MA on Saturday, February 4 at 4:30 PM. In lieu of flowers, donations can be made to the Sawtelle Family Hospice House, 320 Haverhill Street, North Reading, MA. Scott was a terrific son and brother to his adoring family, and to everyone else he was a wonderful friend. He will be greatly missed by all.