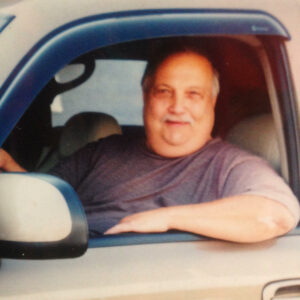 Sidney Bernbaum of Malden passed away on March 1, 2015, He was 68. He was born in Chelsea to the late Jacob & Bessie Bernbaum. Devoted father of Jackie, John Sr. & his wife Jadeane, Chris & his wife Emily all of Malden. Dear brother of Milton Bernbaum, Eleanor Gaudreau, Elaine Carlson,and the late Ann Bernbaum. Also survived by his grandchildren; Matthew Kelly, Christina, Juliana, and John Bernbaum Jr., Mackenzie Sullivan and Ryan Bernbaum. Aside from being a father to his three children, Sid was a father to many. His door was always open to whoever needed him. Right or wrong he was there with open arms. A truck driver for over 50 years, Sid worked for Eastern Transportation before taking it over and renaming it Sid’s Transportation. Sid enjoyed traveling but most of all spending time with his family. Visiting hours for Sid will be Thursday 4-8pm in Boston Cremation 287 Main St. Malden, MA. Relatives and friends are kindly invited. Please omit flowers and consider a donation in Sids name to the American Cancer Society 30 Speen St, Framingham, MA 01701