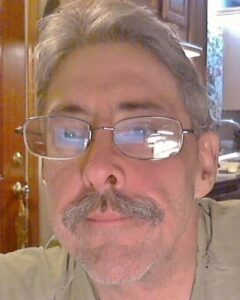 Stanley W. Davis, 59, of Turners Falls, Massachusetts passed away after a long illness on March 1, 2017.

Stanley is the son of the late Harold and Gladys (Blakney) Davis. He was married to the late Nancy Davis for 22 years. He is survived by his wife, Elaine Eisner Davis, his son, Nicholas Davis, and stepson, Dana Campbell.

Stanley worked many years at Weber Dodge in Hingham, MA as a mechanic. He had a zest for life. His loves were his family, friends, politics, chess, Scrabble, motorcycles, and Star Trek. Stan wasn’t happy unless those around him were happy and having a good time. Stan’s needs were second to those he loved.

There will be no service, but feel free to leave your comments and share memories below. Also, in lieu of flowers, a donation to the American Lung Association would be greatly appreciated.