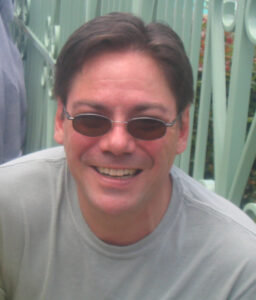 Stephen J. Gallagher, 49, of Malden, MA passed away October 31, 2014. Stephen was the beloved son of Gail Gallagher and Francis Gallagher and father of Max Alfred Gallagher. Stephen was born in New York City on February 19, 1965, spent some of his childhood in NYC, then moved to Teaneck, New Jersey, Columbus Ohio and North Brunswick New Jersey. He eventually ended up in the Boston area for the past 20 years, was married to Naomi Kahn and became father to Max Gallagher in 2002. Stephen was known for his quirky sense of humor, great smile and creativity. Family and friends are kindly invited to visit on Friday, December 5th from 2-4pm with a service at 2:30pm at Boston Cremation, 287 Main Street, Malden, MA. A priest will be speaking and others who wish to speak are welcome to. In lieu of flowers you may make a donation in Stephen’s name to The Salvation Army, The Mission of Boston, Sacred Heart’s Church Food pantry or Bread of Life of Malden. These are all great organizations that Stephen was involved with.