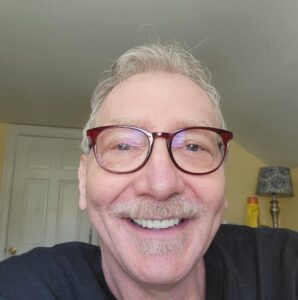 Steven Stillman of Waltham, MA passed on Monday August 30th with his family by his side, to comfort him. Steven was born and raised in Schenectady New York and was drawn to Boston for his higher education to attend Emerson College, where he earned a BS in Mass Communications. He lived throughout the country during his life but was constantly pulled back to the Boston area, and eventually settled in Waltham where he helped raise twin boys. Steven worked throughout his live in the communications field and was greatly identified by his voice throughout his career. Steven had a passion for history, especially American history in specific, the Western Expansion. He also had a passion for politics and the betterment of the working man. He greatly enjoyed seeing his grandchildren and created a vast collection of pictures of all their great accomplishments.

Steve is survived by his brother Philip of Boca Raton, FL; his children Erik Stillman and his wife Stephanie Stillman of Milford, NH, Randyl Stillman and his wife Lindsie Cameron-Stillman of Worcester, MA; his grandchildren Isabelle, Mollie and Harrison; along with his niece Elizabeth, nephew Nate, and their families. In addition Steven is survived by Ninette Stillman, his former wife, who remained his truest friend throughout his life.
In lieu of flowers or services, to celebrate Steven we ask that you consider donating to:
The Edinburg Center-205 Burlington Road – Bedford, MA 01730