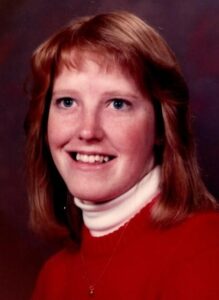 Susan Frye Berry, 58, passed away peacefully at home with her husband and son by her side on Friday, February 28, 2020.

Susan was born in Rockland, Maine January 12, 1962 to Donald and Alice (Kinney) Frye. She graduated Camden – Rockport High School in 1980. She graduated Southern Maine Vocational Technical Institute in Portland in 1983.

Susan was a Radiologic Technologist and thoroughly enjoyed her work. She was employed at Waldo County General Hospital in Belfast, Maine, Goodall Hospital in Sanford, Maine and for 35 years at Winchester Hospital in Winchester, Massachusetts.

Susan married Thomas R. Berry in 1991 in Camden, Maine and for 26 years they made their home in Billerica, MA.

Susan enjoyed planning and taking family trips, camping, hiking in Maine, skiing, and beach combining in Florida.
Susan was a true believer and practitioner of the “Pay it Forward” concept. She also believed in the philosophy of “everything happens for a reason”. These two beliefs gelled after the “bird incident” and led her to create a family tradition of donating found money to the dinosaur bank outside of the Jimmy Fund Clinic at the Dana Farber Cancer Institute.
Of everything she did in her life, Susan was happiest about being a mother to her beloved son Kyle. Whether it was a sporting, scout or school event, birthday or special occasion, Susan was there to show her support for Kyle; after all, she was his number one fan!
Susan was predeceased by her father, Donald, who passed in 2017 and her brother, Donald Jr., who passed in 1996.