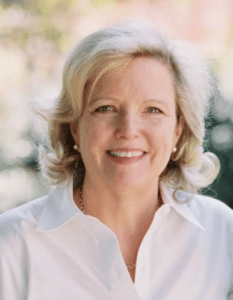 Susan Lotz Cimbalo, loving mother, sister, and wife, innovative healthcare entrepreneur and  executive, and dedicated philanthropist, passed away of leukemia August 24, 2022,  surrounded by her adoring family and friends. She lived her entire life in the faith that eternal  life was attainable, and her acts displayed it amply.

She was born and briefly lived in Memphis, but was reared in Mountain Brook, Alabama, where  she was a champion diver, competing throughout the South. An outstanding student, she  graduated with whatever honors were available at the University of Alabama’s undergraduate  business school. She greatly enjoyed each of the seven football championships Alabama won  since she graduated. She received an MBA from Boston University at the behest and on the  nickel of Harvard Management Company, the investment outfit that runs Harvard’s endowment,  her employer at the time.

While in Boston, she also met her husband of twenty-eight years, Jeff Cimbalo, while he was a  graduate student at Harvard. Most long-time friends of Jeff acknowledge that she made him  significantly more sufferable, which would have been her signal accomplishment had she not  been so otherwise successful. Together, they lived in Washington, D.C., New York, Alexandria,  Charlottesville, and Richmond, Virginia, where her daughter Amelia, now 14, was born.

Susan would tell anyone who would listen about the fact that Amelia was a gift to her from  God. For the last ten years or so, the family has lived in Atlanta, Georgia. Amelia has joined  her family in worship at the Cathedral of St. Philip there, which has been a boon to inculcating  the faith of her parents, and as to which it is their highest hope she continue to cultivate.

She was the daughter of Jack Lotz and Carmel (Duquette) Lotz, both of whom preceded her in  death. She is also survived by her two older brothers, John Lotz, of Birmingham, and Karl  Lotz, of Pensacola, Florida.

Writing analytics software in her New York apartment while Jeff practiced law there, Susan  became a pioneer in the automation and reconciliation of submissions of very large health  plans with aging populations’ reimbursement requests to the federal government. Her software  inventions saved plans hundreds of millions of healthcare dollars and greatly facilitated the  survival of the early Medicare managed care (now Medicare Advantage) plans that are now so  common. The massive demand for her services led to the creation of Health Risk Partners in  Richmond, which ultimately sustained many hundreds of employees. She enjoyed mentoring  and serving those employees as much as the success of the business itself.

After the sale of Health Risk Partners, Susan lent her considerable business acumen and  unwavering compassion for others to the charitable world, becoming a leader, contributor,  fundraiser and board member of several charities, including those serving the homeless and at risk children. She enthusiastically joined Jeff in their support of the Princess Grace  Foundation, USA, in New York, which supports young artists of several stripes.

Susan was dedicated to each thing she undertook to do, and did it with such love, patience,  and kindness that one barely noticed how magnificent and broad her talents were. She will be  sorely missed by the legions whose lives she touched. A memorial service will be held in Atlanta in October.

In lieu of flowers, she’d like you to either donate to one of the charities on which boards she sat  for many years, Agape Youth and Family Center (https://agapeatlanta.org/general-donation/) or  Crossroads Community Ministries in Atlanta (https://crossroadsatlanta.org/give/), or find a  problem in your community and get to work to ameliorate it, or both. That will make her smile.