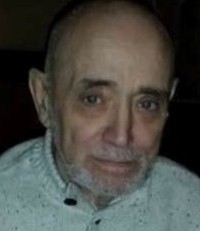 Thomas “Tom” Anthony Brazil, 68, of Everett MA, passed away, Saturday, April 18, 2015 at his home after a long battle with cancer. Thomas was born December 20, 1946 in Boston, Massachusetts to Charles and Hilda (Andrews) Brazil. He attended East Boston High School and then joined the United States Navy in 1964. On April 17, 1993 he married for a second time to the former Linda Noyes. They recently celebrated their 22nd anniversary together. Thomas was employed as a Security Agent for the Boston Marriott at Copley. He enjoyed his work and only retired a few years prior to his passing. He enjoyed country music, television, traveling and spending time with family. Thomas is survived by his two children from his first marriage, Constance “Connie” (Brazil) Molinaro and her husband Julio of Dracut, MA, and Thomas “T” Brazil of Dracut, MA; two grandchildren, Jordan and Colby Molinaro, his sister Patricia McNelly of Winthrop, MA and nieces, nephews as well as extended family. He was preceded in death by his parents, Charles and Hilda, Sister, Elaine (Brazil) Tayler and brothers Joseph and Michael Mellone. His family wishes to thank the wonderful care team from Care Dimensions Hospice Care, especially his nurse Colleen, for her kindness and compassionate care of Tom. Those wishing to leave a message of condolence for Tom, please click below.