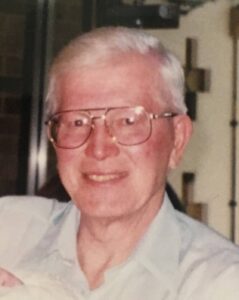 Thomas E. Madden, 81, of Mansfield formerly of Braintree and Canton, passed away peacefully on Tuesday, August 27, 2019 with his loving family by his side. He was born and raised in Philadelphia, PA the son of the late, John J. and Mary E. (Wislocki) Madden, where he graduated from St. Thomas More High School in 1956. After serving in the army he moved to Massachuestts in 1963 where he met his wife of 53 years, Eileen (Cunningham) Madden. Together they settled in Braintree and raised their two children as he worked as a Locomotive Engineer for Amtrak until his retirement in 2003. Tom and Eileen enjoyed spending their winters at their home in Naples, FL, and getting together with friends, often to play cards. He was a lifelong fan of Notre Dame Football making several trips to South Bend to attend games but most of all he enjoyed spending time with his family and grandchildren.

He is survived by his loving wife, Eileen; his son Eric T. Madden and his wife Tricia of Mansfield; his daughter Stacey Lincoln and her husband Brian of Raynham; his grandchildren: Patrick and Colin Madden and Kyle, Matthew and Kristen Lincoln; a brother, John Madden of Pittsburgh and several nieces, nephews, cousins and friends. Tom was predeceased by his siblings: Anna Mae Troy, Alice Coburn, Cathrine Huff, Margaret Gaynor, James Madden, and Charles Madden.

A funeral Mass for Tom will be held on Monday, September 2, 2019 at 11:00am in St. Mary’s Church, 330 Pratt Street, Mansfield, MA with burial to follow with military honors in St. Mary’s Cemetery.

In lieu of flowers, donations in his memory may be made to: Old Colony Hospice, 321 Manley Street, West Bridgewater, MA 02379.