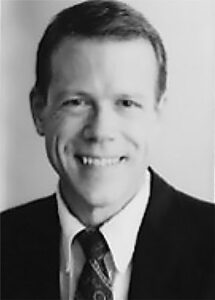 Cruciverbalist, voracious reader and voice extraordinaire, Tom Dunn, resident of Boston, MA, died after a short illness on May 22, 2019 at the age of 72. Tom had a prodigious memory, an abundance of knowledge, and a gracious character accompanied by a wry sense of humour.

Tom was educated in New Rochelle, NY, public schools, where his outstanding voice was first featured in performances of Gilbert and Sullivan operettas. A graduate of Amherst College, Tom earned his MBA from Harvard Business School in 1974.

After being introduced to announcing and the business of broadcasting at local radio stations while in high school and college, Tom decided to follow what he enjoyed most and joined WGBH (Boston) Channel 2 in 1974 by volunteering to catalog records. His talents were noticed and he became a writer-announcer, an association that lasted more than 15 years. Many will recall his memorable “sign off” from 1984-early 90s, “This is Tom Dunn, saying Good Night” which can still be heard via the web.

After leaving WGBH, Tom continued in media production in voice and consulting. His primary lifetime occupation was as an announcer and “voice over” professional, often specializing in difficult technical science, medical and engineering assignments as well as in commercials. His clients ranged from charitable organizations to Martha Stewart, from Range Rover to Beano, from scientific manuals to the Vienna New Year’s broadcast. Mellifluous, intelligent and interested, his voice carried the product to the target audience without grandstanding.

He is survived by his sister, Sarah Hoag (Toronto, Canada). Tom was a loving and generous Uncle Tom (UT) to Hannah Hoag (Omer Rashid) of Toronto and Matthew Hoag (Marsha Santerre) of Vancouver. In recent years he became the doting “GRuncle” To Zara Hoag Rashid and Isla Jane Santerre Hoag. He was predeceased by his parents Thomas Mansfield Dunn and Margaret Freyn Dunn.

Cremation has occurred; at his request there will be no service.
Condolences and memories may be forwarded to the family via Boston Cremation.