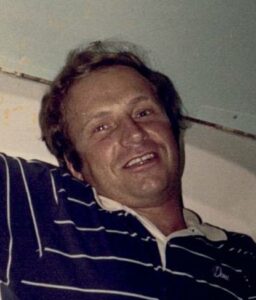 Thomas G. Doherty passed away on the morning of August 7, after a decades long battle with
Parkinson’s Disease, at the age of 71. He grew up in Dorchester, lived in Sharon, and was a long-time resident of Woodside Drive in East Falmouth.

Thom was born on October 25th, 1951, to Bernard and Margaret Doherty and was one of five siblings. Thom was a graduate of Hyde Park High School, and Bentley University with a Bachelor of Science in Accounting. Thom had a keen eye for finances and served as controller to the Archdiocese of Boston, Senior Accountant at Thayer Academy, and later in life served as the accountant for the Mashpee Wampanoag Tribe.

Thom was an avid runner of half marathons and the Falmouth Road Race. He spent many years as a football official in the MIAA High School League, as well as refereeing college football. He loved Boston sports and was able to recall obscure facts and statistics.

He is survived by his loving sister, Margaret Buckley of Plymouth, Ma, brother and sister-in-law, Denis and Cathy Doherty of Foxboro, Ma, nieces: Meaghan Doherty, Meredith Weaver, and Holly Johnson, nephews: Greggory Weaver, and Bob Weaver, as well as great nieces and nephews. He was predeceased by his parents, sister Patricia Weaver and brothers-in-law: Bob Weaver, and Danny Buckley.

The family would like to thank the Village at Willow Crossing’s Staff for all its support and care of Thom and our family during this time. Additionally, in lieu of flowers please make a donation to Old Colony Hospice Care 321 Manley Street, W. Bridgewater, MA 02379. Their guidance and continual care during this time was immeasurable.